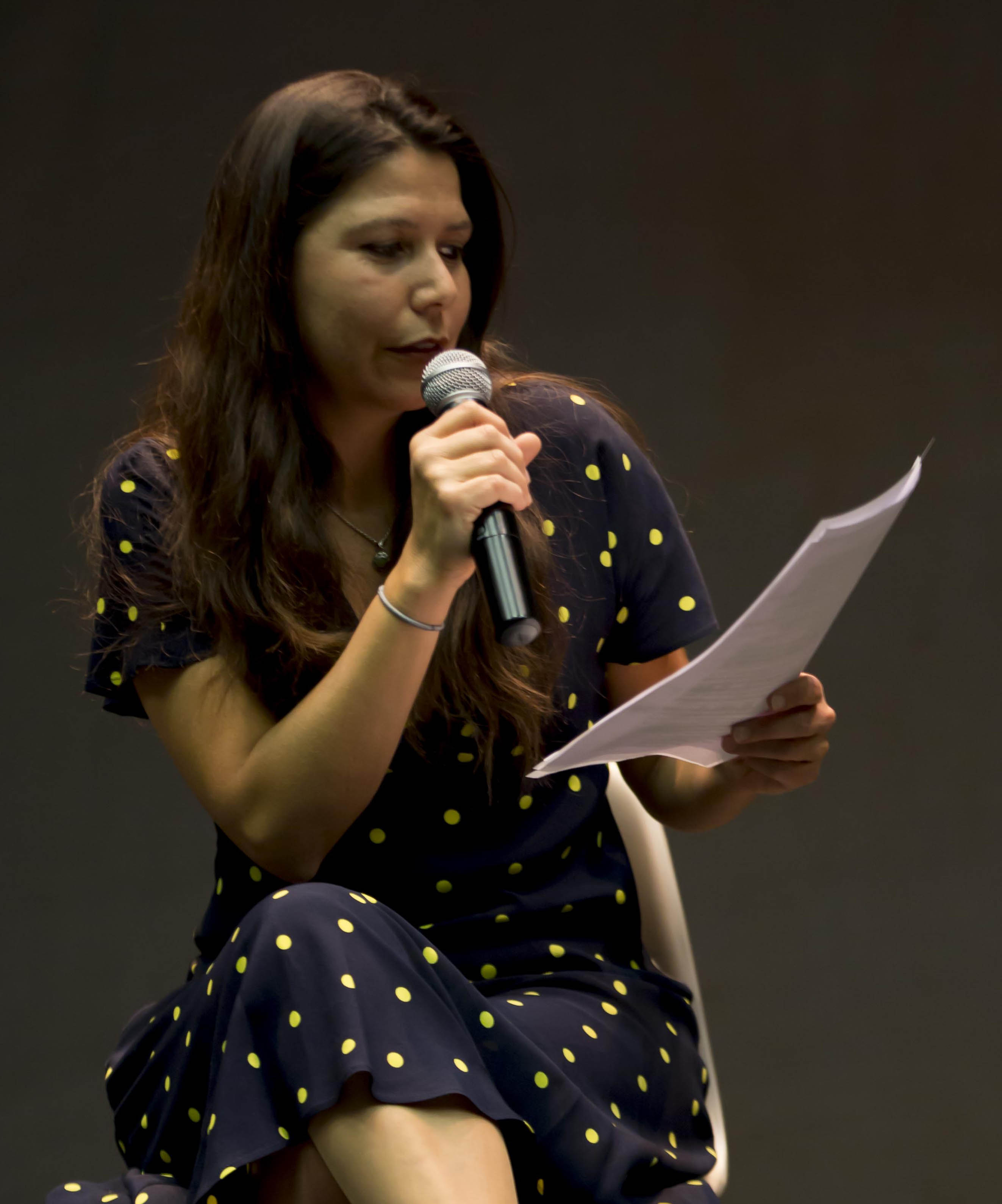 Artistic Director and Founding Choreographer of Cía. Danza Vinculados (Granada 2013) and the associated professional company LamatDance Company (founded in London in 2001). She has a degree (BA Hons) in Contemporary Dance and Choreography from the Laban Centre London (Trinity Laban, City University). She was on of the semi-finalist choreographers of the first edition of the international choreographic competition The Place Prize London in which she premiered her work A Contratiempo (Off Beats). Carmen has an extensive curriculum as a choreographer, contemporary dance and choreography teacher and director of international projects. Those include Interwoven (in collaboration with Creative Europe, United Kingdom, Bulgaria and Spain), Let´s Dance Europe (in collaboration with Creative Europe, Germany, Netherlands, Scotland and Spain) and Horizontes Vinculados (Connected Horizons), (in collaboration with Scotland and Spain). She has created more than twenty-five shows of contemporary dance and contemporary dance with flamenco like Del Sacromonte a Nueva York (From Sacromonte to New York), Interwoven, A Contratiempo, etc. These shows have been performed in various festivals and theaters in London and other European cities. For seven years, Carmen has worked as a choreographer, teacher and Creative Agent leding and implementing creative pedagogy projects for the Royal Opera House and Creative Patnerships in London and Essex. As the head of Cía. Danza Vinculados, she has directed the following projects: Cuerpo, Mujer y Medio Ambiente (Body, Woman & Environment) in collaboration with La Caixa’s Art For Change program, Redes Accesibles en Movimiento (Accessible Networks in Motion), Danza Sin Barreras Dance Days (Dance Without Barriers) and Redes Accesibles en Movimiento, in collaboration with INAEM. These projects were created to encourage and draw attention to inclusive dance through a specific program that includes audio describing dance shows, training young choreographers, creating inclusive dance shows with children, youth, adults, amateur and professional dancers of all abilities and backgrounds. They also promote researching with new technologies in creative processes, making social intervention through dancing with immigrant women and locals in Almería and Granada and creating short dance films using video and participatory dance methodologies. 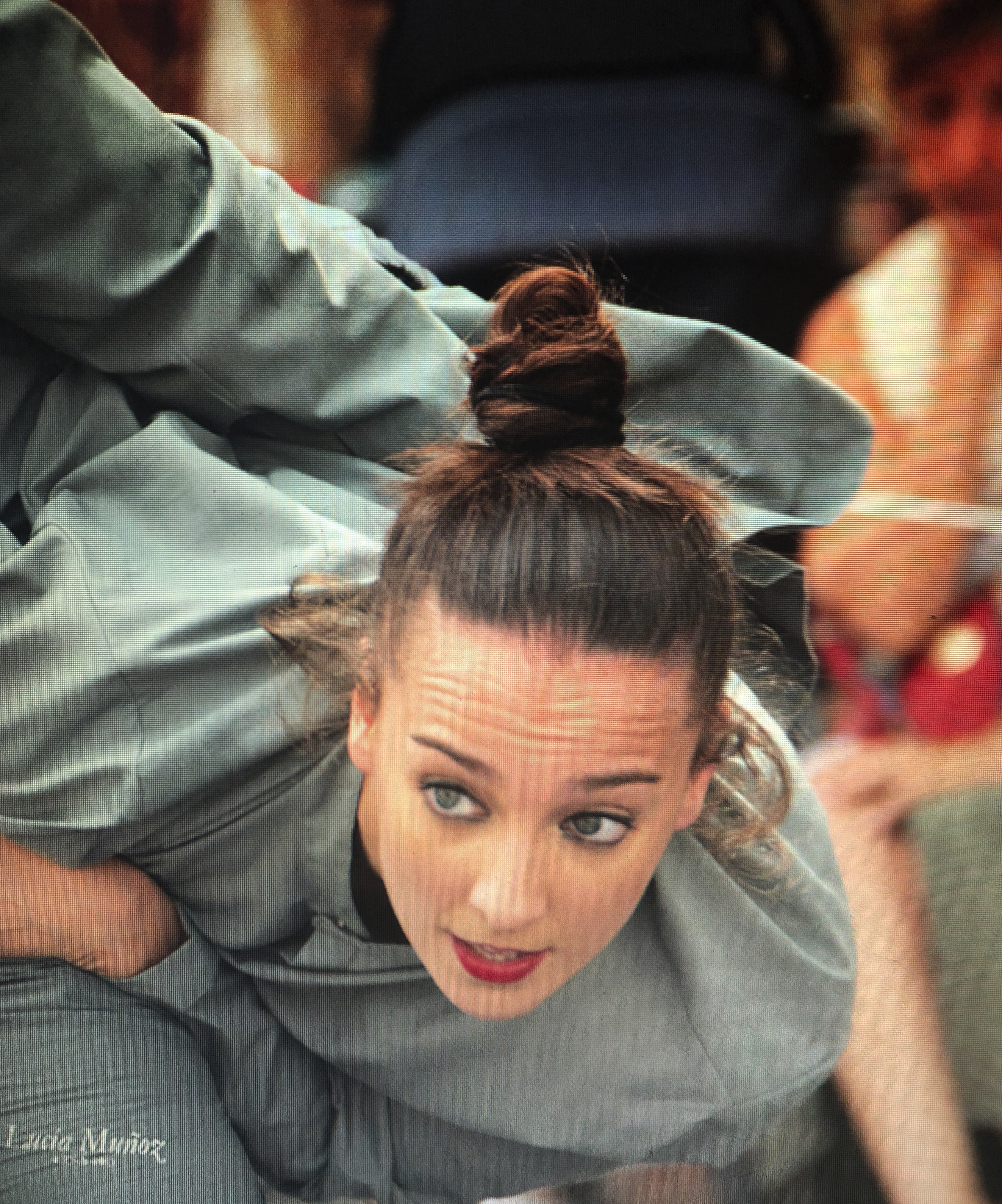 Dancer, choreographer contemporary dance teacher. She has received training in the disciplines of classical and contemporary dance in Barcelona and Madrid in the Royal Academy of Dance, headed by Carmen Roche and Víctor Ullate. She has a degree in Contemporary Dance Pedagogy from Malaga’s Advanced Dance Conservatory. She has worked with Only Four (Barcelona) and Cía. Interacción Danza (Switzerland). Currently, she is a member of Maiko Danza (Granada) and LamatDance Company (England and Spain). For more than 10 years, she has been giving classes in classical and contemporary dance at a national and international level. She is one of the main dancers of Del Sacromonte a Nueva York (From Sacromonte to New York) in collaboration with LamatDance Company. Since 2017, her work in Cía. Danza Vinculados has included training the dancers, the  choreographic creation of the productions and direction support. 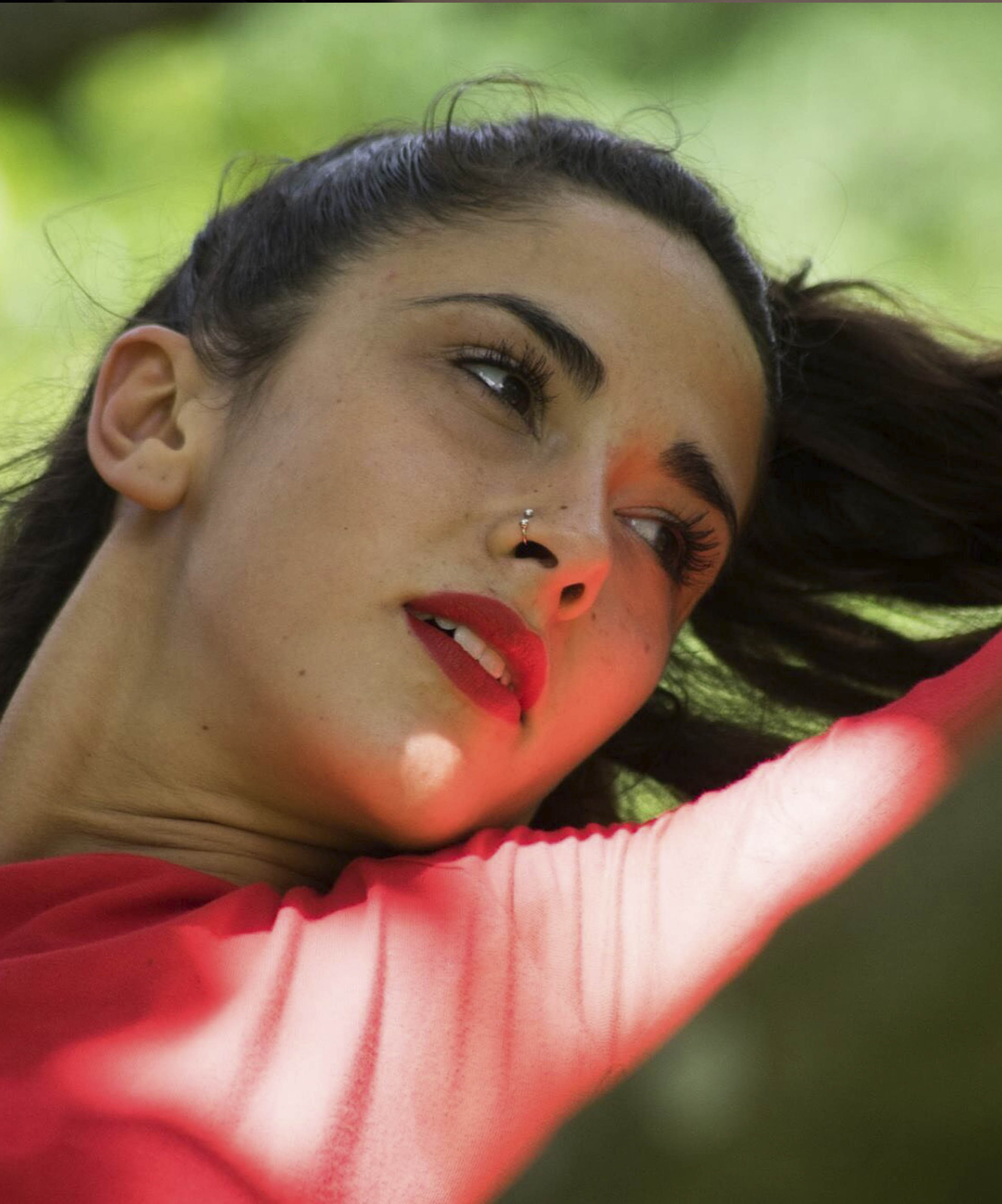 Professional dancer specialized in Contemporary Dance from Granada’s Professional Dance Conservatory Reina Sofia. She continued her specialty in Contemporary Dance at the Amsterdam University of the Arts (AHK) that is equivalent to an advanced degree in Spain. She has worked with United-C (Netherlands), Crucible (Germany), NDC (Amsterdam), UrbanReflects Company (Germany) and with the choreographer Maximilian Bilitza in Duisburg. She has given classes in contemporary dance and contact improvisation in SODRE (Dance school, Uruguay), LENGUE LENGUE, Casa de Menesteres (Cultural centers in Uruguay) and in the German city of Würzburg. Her own creations include KRIBIS-KRABIS Dance and Music Festival in Italy, a duet with Youi Peters (Netherlands) and a solo in Sodre Theater (Uruguay). She has also participated in the creation of Romance de Agua y Piedra (Water and Stone Romance) which took place in Granada during the months of July and August of 2016. She is one of the main dancers of Del Sacromonte a Nueva York (From Sacromonte to New York) in collaboration with LamatDance Company. Since 2017, her work in Cía. Danza Vinculados has included training the dancers, the  choreographic creation of the productions and direction support. She is currently dance teacher at the Granada’s Professional Dance Conservatory Reina Sofia. 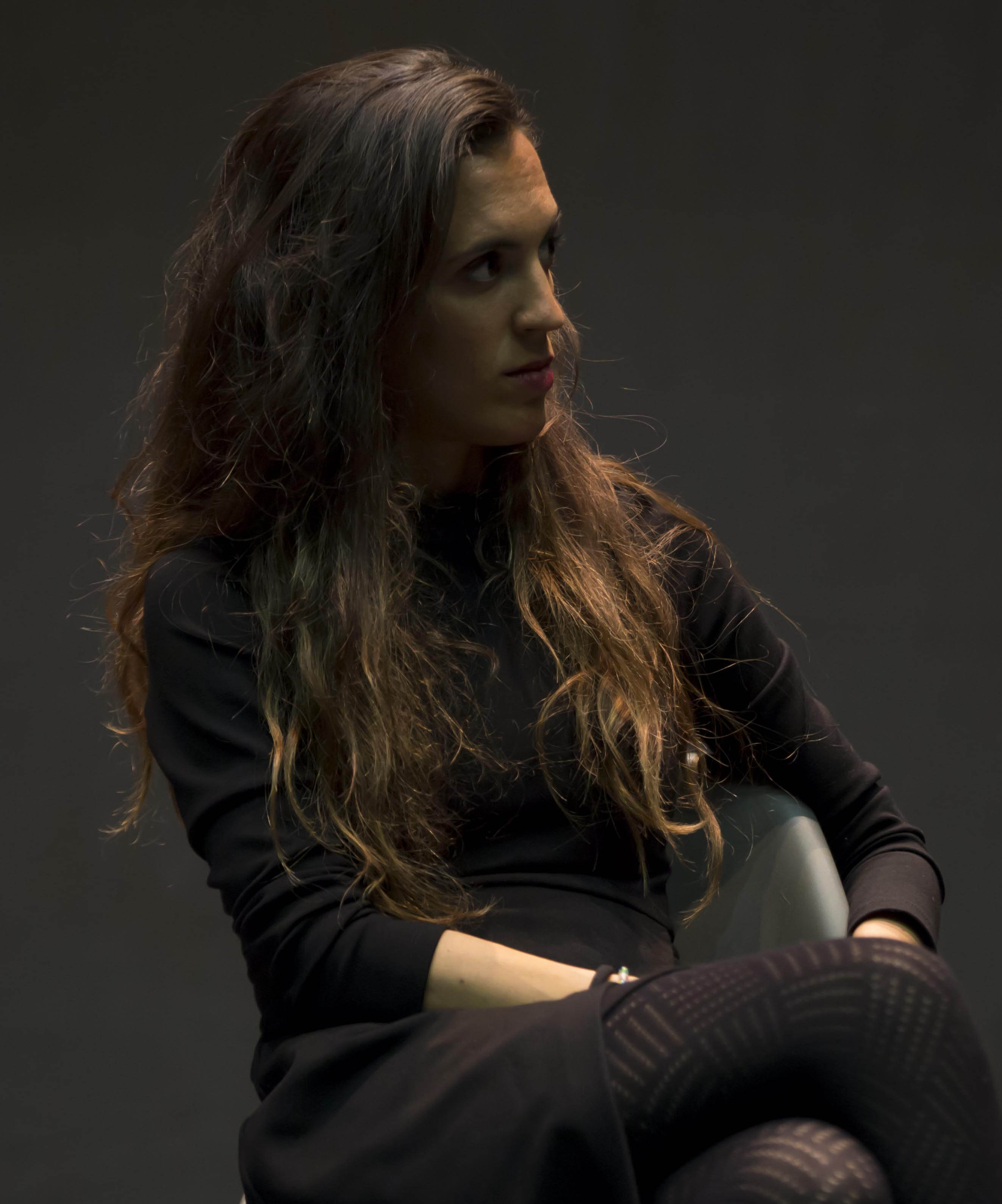 She has a degree in Psychology from the University of Granada (UGR). She is a professional dancer specialized in flamenco dance from Granada’s Professional Dance Conservatory Reina Sofia. She also has a Master’s Degree in Dance and Movement Therapy from the Autonomous University of Barcelona (UAB). In addition, she collaborates with the contemporary dance company Trànsit Dansa (Barcelona), headed by the choreographer Maria Rovira. She was the co-choreographer and a member of the dance group in the AICEA tour of People’s Republic of China. She was also a member of the dance group in the tribute Universo Morente, with the dancer Fuensanta La Moneta. Between 2013 and 2016, she was a member of the Choreographic Laboratory of Urban Flamenco La Moneta. In 2015, she cofounded the dance company INTERVALO. She has been part of Del Sacromonte a Nueva York show (From Sacromonte to New York) presented in the Sacromonte Caves Museum (Granada). Since 2014, her work in Cía. Danza Vinculados has included the development of inclusive methodology, training the dancers and direction support. 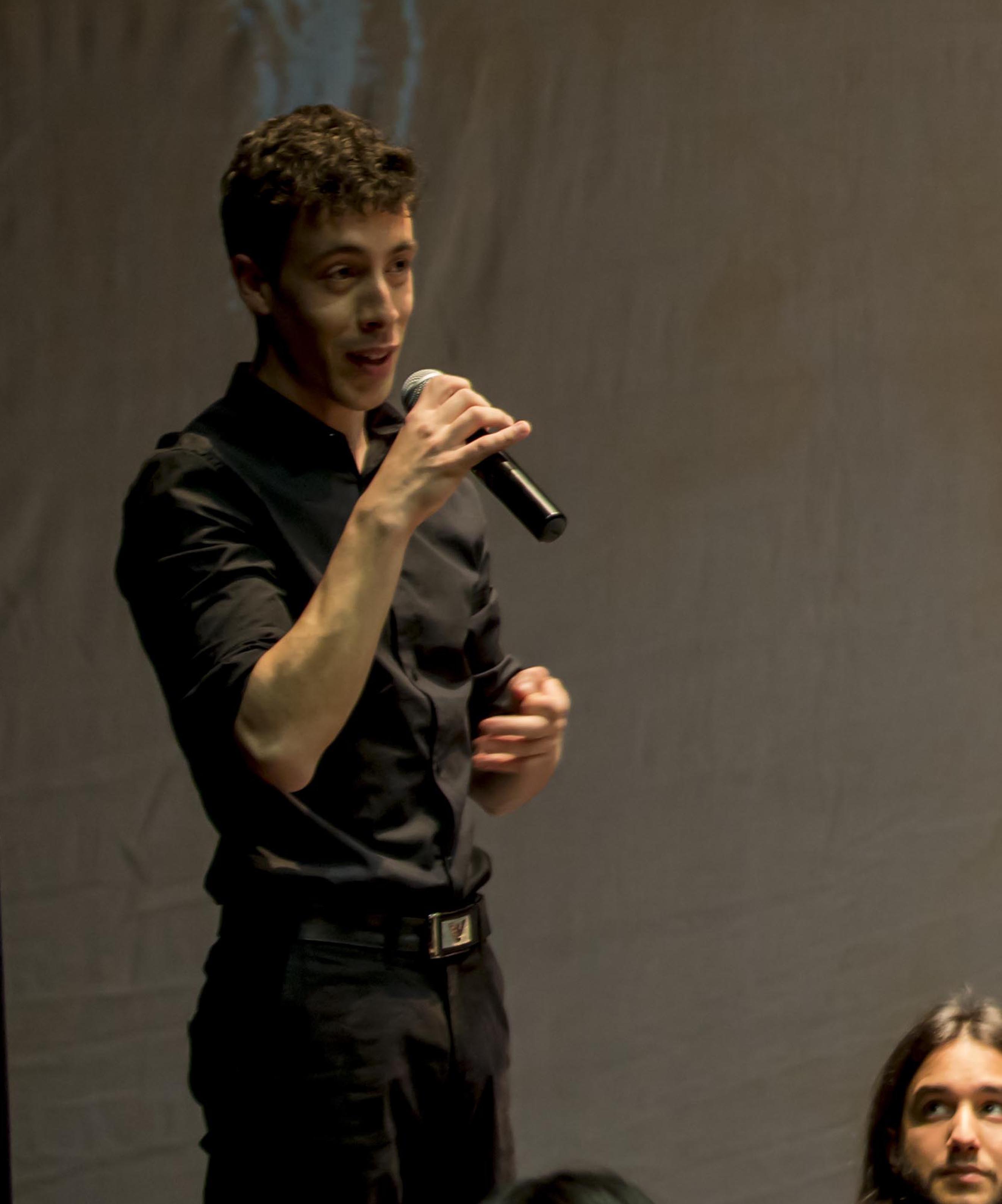 Musician and teacher, graduate of History and Science of Music from the University of Granada (UGR). He holds a double master’s degree in Secondary Education and Baccalaureate teacher training and Musical Heritage. He is currently working as a music teacher at the Institute of Secondary Education Novaschool Medina Elvira (Atarfe, Granada). He also gives private piano lessons. Since 2006, he has composed and participated as a pianist in various musical works that were used in numerous events. In addition to composing music for Cía. Danza Vinculados since 2017, he has composed other pieces for dance-related events such as Entre lo tuyo y lo mío (2018, Lasala Cía), Exposición Señales Amarillas (2019, Museo Condes de Gabia, Granada) and the soundtrack of Alicia en el país de las maravillas (2019, Espacio 3D Danza, Jaén). 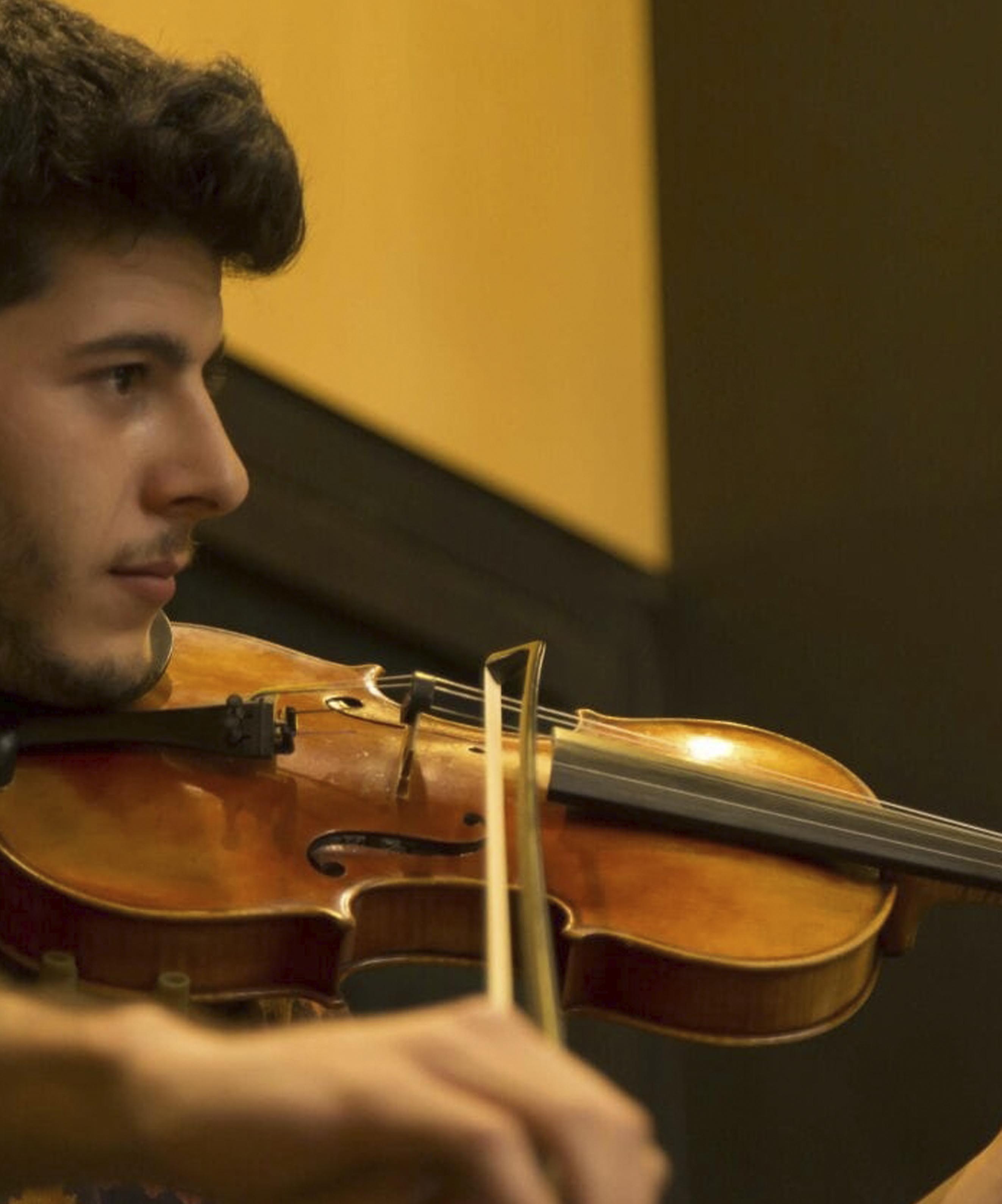 Graduate of History and Science of Music from the University of Granada (UGR) and holds a master’s degree in Musical Heritage. He developed his interest in artistic discipline by studying the Elemental and Professional degrees in the speciality of Violin in the conservatories of Maestro Chicano Muñoz (Lucena) and Ángel Barrios (Granada). He is currently doing a master’s degree in Secondary Education and Baccalaureate, Professional Training and Language Teaching at the University of Granada (UGR), as well as Advanced Composition Studies at Granada’s Royal Conservatory of Music Victoria Eugenia. 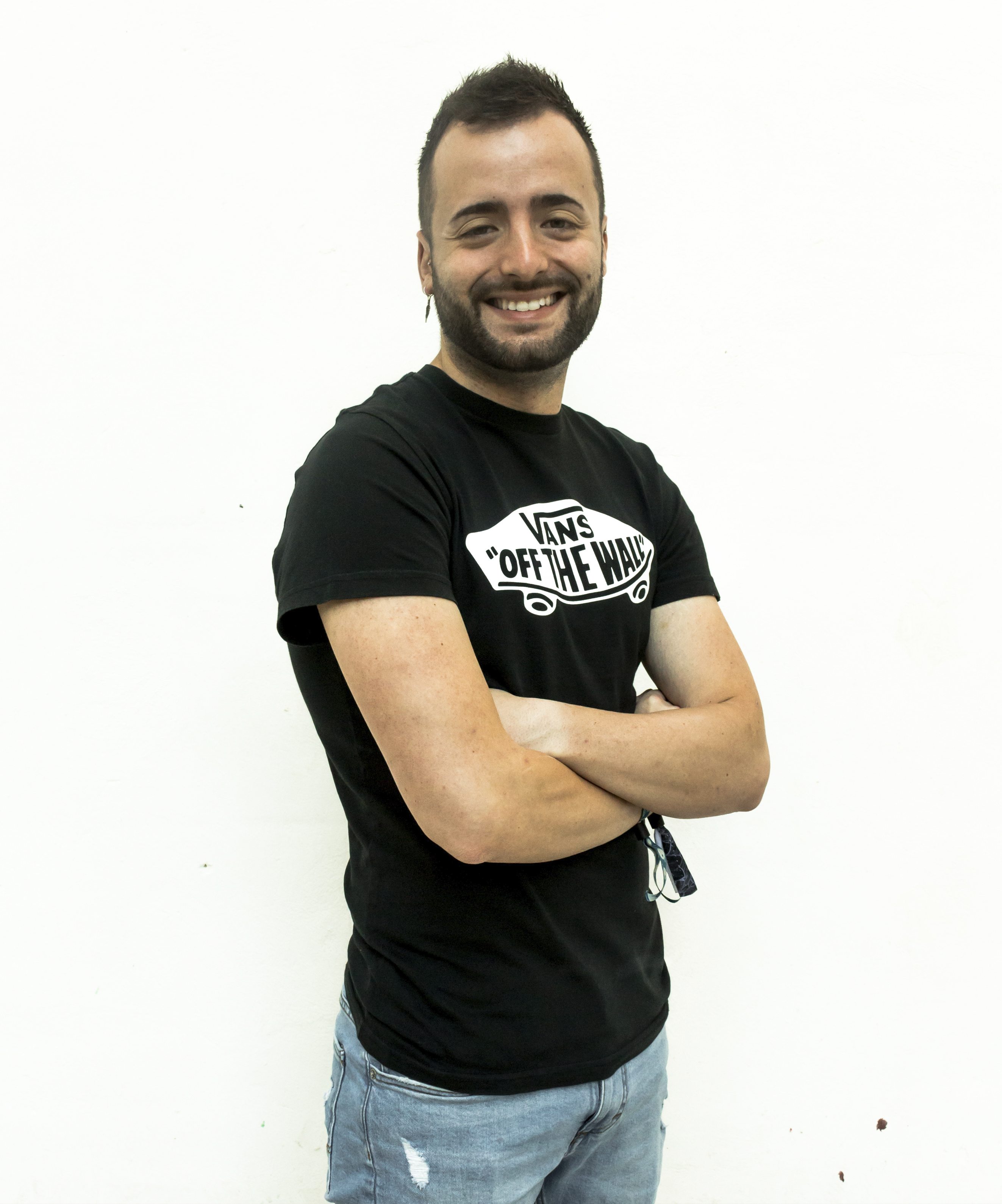 Senior Technician in audiovisual productions and production of shows and events from Andalusia’s School of Audiovisual Communication. He is the director of Communication and Production at Cía. Danza Vinculados. He has participated in several projects And worked with various companies like Caravansar, Gestión y Producción Cultural, where he was Responsable of the communication procedures of Sala La Expositiva, Agenda Cultural Yuzin in Granada and Seville and La Ventana Club Cultural. As an entrepreneur, he developed a distribution project under the brand name La Centralita, Distribución y Comunicación Cultural. He complements his professional experience with training in Cultural Management through various courses at Andalusia’s Public School of Cultural Training. In his artistic formation, he has received training in direction of actors and actresses, fiction screenplay for cinema and television and documentary creation and design. In the audiovisual and cinematography world, he has developed several products such as documentaries, short films and advertisements.